One house, several centuries, fascinating personalities, outstanding vineyards and people. When, on a small piece of land, so many coincidences come together, a unique story is born - and we found in our wines the best way to write it and share it. To discover their differences, their particularities and their fascination is to discover our own history - and to discover oneself.

The head in the Clouds

A long time ago, in the place of Lagarinhos, lived a wine grower that didn’t have his feet on the ground, a direct consequence, it was said, of his overwhelming love for wine. This man dedicated much of his life levitating with a book in his hand, a glass in his lips and the head in the clouds...

At the awarding ceremony of the Nobel Prize in Oenology to Hellis Montaigne, it was some André Huppert who appeared before the microphones and the disbelief of millions...

It is said that one day a sculptor got his eyes stuck in a known phenomenon of nature: a peacock displayed its majestic mantle of feathers, just to draw attention of the female and satiate his prohibited desires...

The Mystery Of The Box 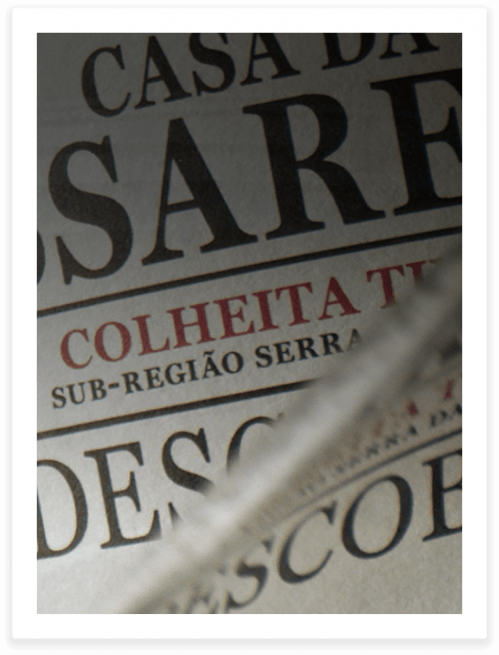 To access this website you must be of legal age to consume alcohol in your location.
Please confirm if you are of legal drinking age.
No
Practice moderation. Drink Responsibly.

We use cookies to guarantee a better experience. To know more